Human Garbage AKA The Beast of Jersey

The Beast of Jersey terrorized the UK channel island of Jersey located near Normandy, France for over a decade.For years the Beast of Jersey evaded capture by local police and was a feared sex offender in the area starting in 1960. For an island that is only six miles by nine miles and had a total population of 100,000 it is understandable why many residents felt cornered by the man who targeted women and children specifically.

The Beast of Jersey's first victim was a 29 year old nurse in 1957 who was dragged into a field from a bus station at night and raped. She survived but was badly injured.

The following year two other people were attacked waiting for a bus, a 20 year old woman in March and a 31 year old woman in July. These attacks were only different in the way of the Beast implementing his signature item, a noose that he would put around his victims neck.

These attacks stopped for a short time in 1959 keeping the island on edge until a 15 year old girl on her way home was attacked, starting off his next wave of violence. A 28 year old woman was targeted a few months later but she was able to fight him off and flee from the scene.

The news there was a rapist on the island became well known and a description was being made with witness testimony. He was believed to be in his mid 40’s, 5' 6", smelled musty with an Irish accent.

His MO changed after the last attacks, starting in 1960 he was the real life boogeyman and would gain entrance into peoples homes before he would beat and sexually abuse them in their beds. Many women started to sleep with weapons under their pillows in fear that they would be the next person he would attack. His first victim in this manner was a 12 year old boy who woke to find the Beast of Jersey in his room placing the noose around his neck. He was taken out to a field where he was then assaulted.

The following month a woman was led to the main floor of her home after a phone call and the sound of someone downstairs awoke her two separate times. The lights she turned on flickered out and the Beast of Jersey grabbed her. He tied her up and demanded money but the commotion caused her 14 yr old daughter to come downstairs. The mother was able to escape but by the time she came back from calling for help her daughter told her the man had raped her.

Another 14 year old girl awoke to find him in her room wearing the terrifying mask he was known for and screamed causing him to flee but the last attack of the year was of an eight year old boy who he kidnapped from his bed, raped, then left on the boys doorstep again. In 1961 there were three attacks on additional children bringing the total to 11 women and children.

There were still no leads but one man fit the description the police had. A local fisherman and agricultural worker, Alphonse Le Gastelois, was believed to be the attacker. Locals claimed he matched the description of the Beast and that he would sometimes walk the streets alone at night. He was arrested and tortured by the police for a confession for months, they continuously searched his home but finally released Alphonse after a lack of evidence. Even thought he police no longer found him a suspect the public still believed Alphonse was the Beast of Jersey, burning his home to ground in retaliation. He exiled himself for 14 years to a small island seven miles off of Jersey in fear of his own life even after the Beast of Jersey was eventually captured. There were 30 suspects while the Beast of Jersey was active but the attacker still managed to stay hidden on the small island.

He continued attacking in the following years, his victims ranging from 9 to 16 year old boys and girls before going quiet again in 1965 and 1966. He wrote a letter to the police during this time saying he would attack again, keeping his work and assaulting another 15 year old girl then disappearing for two more years.

His final attack was in 1970 when a 13 year old boy woke up to a flashlight in his face. He was taken to a field and assaulted then told not to tell anyone but the boys anxiety of the man returning forced him to speak out anyway.

July 17th, 1971 a car ran a red light and a police tried to pull the evasive vehicle over. When the car was finally pulled over the police realized the vehicle had been stolen and a quick search of the interior revealed the outfit of the Beast of Jersey. The driver was a construction worker named John Edward Paisnel who was born in 1925 to one of the oldest and most well known families of Jersey. The stolen car was going was on its way to his next planned attack. Apparently Paisnel had seen a police blockade for the investigation of another unrelated murder and thought the police were looking for him causing him to speed off and run the red light.

After he was arrested the police noted his odd outfit: wrist bands that he made that had inch long screws and nails sticking out of them to prevent victims from grabbing his wrists to stop him and to slow anyone who was trying to detain him as well as a coat that he had also sewed in these nails and screws into the edges, lapels, and shoulders so no one could grab his coat to escape. In the lining of his jacket there was the rubber mask and wig that were the identifying factors in the earlier descriptions given by those who the Beast attacked. 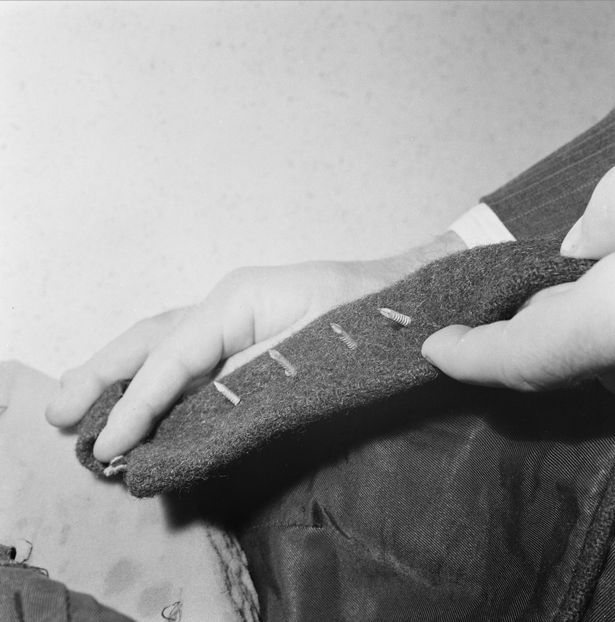 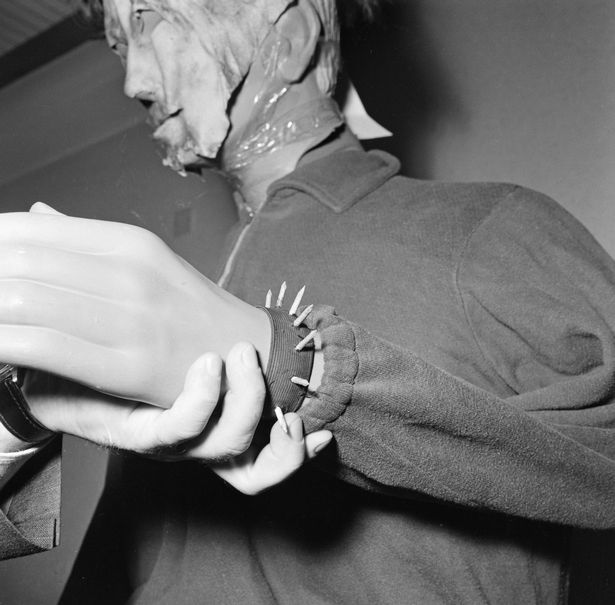 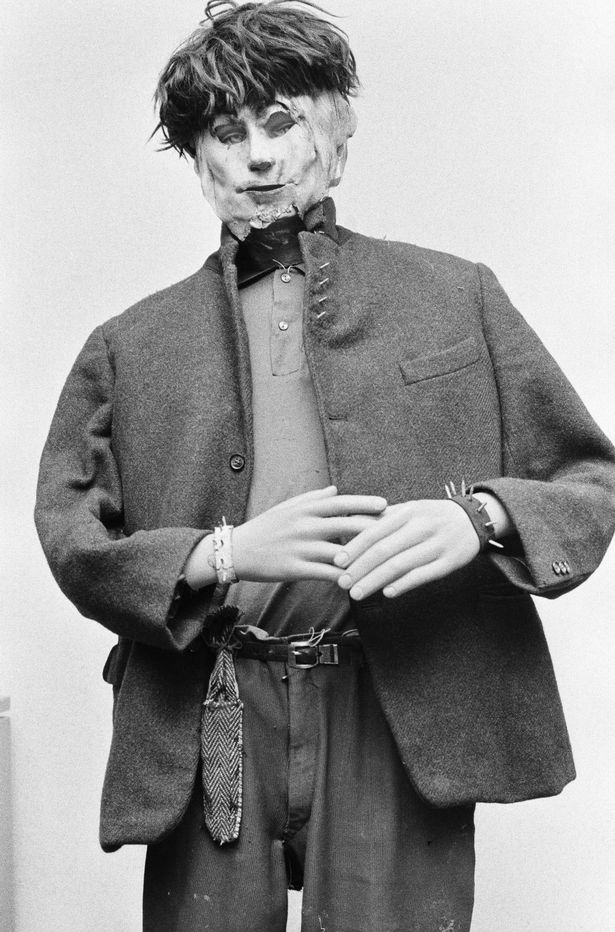 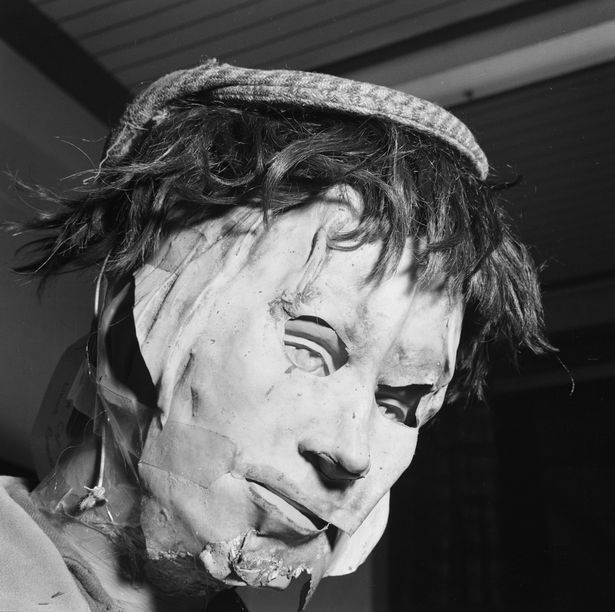 When later asked about his attacks, Paisnel confessed to modeling himself off of Gilles de Rais who would lure children into his castle and offer them as human sacrifices to Satan and had inspired the french folklore of “Bluebeard” who would marry women and kill each of his wives. Paisnel was a known satanist himself who would take part in satanic rituals before or after he had attacked someone. He had even constructed an altar to do his rituals where he had sigils painted on the walls and would sacrifice small animals or do blood sacrifices. Paisnell said he would stalk his victims for a long time prior to attacking them. 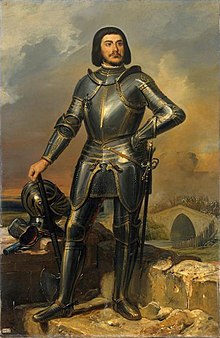 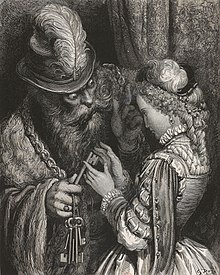 He was charged with 13 counts of rape and sodomy and sentenced to 30 years in prison. His trial was huge and many people referred to him as Jekyll and Hyde, and that he had been that way for centuries. He was a "good man" who minded his own business by day who was seen as a pillar in the community, during WWII he distributed stolen food to families in need and everyone in town knew him as simply “Ted”. Paisnel and his wife, Joan, would even take in orphans and had been known to push the police to catch the Beast but then turn into the very same disgusting attacker by night. When he was released Paisnel return to Jersey but left soon after since the locals still did not like him. He moved to the Isle of Wight where he died in 1994 from a heart attack.

His wife has written a book on the Beast of Jersey in 1972, denouncing him as a pedophile and backing up her claims that she did not know of his attacks but many still did not believe her. She describes that they had met in 1959, the same time the Beast of Jersey had taken his break in attacks, and gotten married. They started a family with a daughter and two step children but their marriage was only happy to onlookers, her husband lived separately from Joan in an expansion to their home and had a mistress.

Two additional attacks have come up since the time of the original arrest:

An air hostess was kidnapped, tied up and raped in 1960. The woman now describes being taken to a field in the western parishes and subjected to 30-minutes of torture, she notes that she feels her attacker would of killed her had she not escaped from his moving vehicle. She spoke out in 2006 after 45 years of silence sure that the mask wearing attacker had been the Beast of Jersey and that he was also responsible for the murder of Tuula Hoeoek that had been reopened the same year.

The murder of Tuula Hoeoek on New Year's Eve 1966 was attributed to the Beast years later, Tuula was 20 years old when she was bludgeoned to death with a blunt instrument in a St. Clement field. Her killer had never been found.

a huge case known as Operation Rectangle into the Haut De la Garenne after a child's skull was excavated and chain shackles were found. Investigators looked into Haut de la Garenne when Paisnel was arrested and found his visits lined up with his decade of terror and other disappearances and murders at that home that were previously classified as unsolved. It was looking like there may have been even more victims of the Beast of Jersey than originally thought.

At child care home named La Préférence, there were many reports of him visiting the location making many believe that Paisnel did not only abuse them but also played part in their murders. He would visit the home working as a handy man as well as to play with the children, referring to himself as “Uncle Ted” to the kids. His wife was the daughter of the founder of La Préférence and would even request that around the holidays he would dress up as Father Christmas and give the children candy. Paisnel unfortunately was not the only monster at La Préférence as previous residents of the home have reported that employees would help Paisnel pick out children he could attack who were seen as weaker. Another claimed that Paisnel would stalk the halls and watch the bedrooms through holes in the walls as well as enter the rooms and watch the children as they slept before eventually attacking them. He would be wearing the rubber mask in these instances according to the children but they could recognize his eyes. One witness said that Paisnel would convince children to sit on his knee before he would attempt to sexually assault them but children would never speak out about it in fear that no one would believe them since some of the allegations were also against the staff of La Préférence for abuse and sexual assault not just Paisnel.

The 30 years Paisnel served for assault charges did not ever include charges from the La Préférence house or other care homes he had been connected to. His wife claims to have known nothing of the attacks and the abuse done to the children but other of the children in the home came forward and said she was also responsible for some of the abuse. Staff at this home was not innocent by any means and would abuse some of these children for years and were believed to use corporal punishment like beating the children with belts or canes until they were bruised or even bleeding; some of the children even being assaulted by social service workers who visited the home. When Paisnel would assist in the beating of the children it was noted that he seemed to get sexual gratification from doing do. The children could sense that he was, “pure evil”.

The Death of Sherri Rasmussen